This is the full interview in English made by Kristofferr Patrick Cornils which was partially published in hhv.de mag. You can find it here  (the second story).

Who runs the label and when did you found it?

The label is run by Vanja and Luka, the wife and husband team from Belgrade, Serbia. We found it on 25th January 2015, on our dating anniversary.

Before Discom, there was Disco not Disco where you have only put out one release besides running an event series in Belgrade. Why was the label discontinued, or rather, how did it evolve into Discom?

We started Disco Not Disco label with Schwabe, a well known Belgrade’s DJ, who is the member of DJ collective Disco Not Disco. We believed it would be a good way to start a label specialized in Yugoslavian music since Disco not Disco collective already promoted it via quality DJs mixes and the series of good parties. After releasing Boban Petrovic- Zora LP it turned out that we had different points of view how one label should work and that’s why we started our own label Discom.

What was your motivation to start the label and what are your goals with it?

The motivation is both personal and professional. It is very hard to describe someone who doesn’t live in a war-devastated post-communist country the feeling caused by the total destruction of all values in it. What we are doing is actually an effort to document the facts that once in the geographical area of former Yugoslavia existed some values: a quality music in particular. It is not a question of nostalgia or pure escapism from everyday’s reality into the music, it is the question of lost cultural identity. We couldn’t accept today’s prevalent cultural identity in our country, and we searched for the lost one, the one which is much closer to our sensitivity and worldview. Naturally, in such ruined country, we both were unable to find jobs with our Master degrees (Vanja is translator and culturologist and Luka has a degree in business administration). It seemed quite logical to incorporate all our knowledge and skills, love for music and long years record collecting in a venture like this.

Our goals are to discover as much of lost, forgotten or neglected music from former Yugoslavia, to preserve it on vinyl- on the format that can last forever and to promote it worldwide using all available possibilities.

What would you say is your overall philosophy with the label, or your motto?

To give another chance to all that forgotten music. We are aware of the fact that we do not make benefits just for the community or ourselves: artists are the people who get the most. Through our activities, their music is getting a new life and the recognition in which even themselves could hardly believe. In addition, we tend to work together and to apply their ideas to the whole process of making releases. Of course, all of that wouldn’t have any sense if we are not fair in the business aspect. Even if our releases were not accepted so well, we would feel obligated to give fair royalties to the artists. We make documents for future generations and it requires a certain responsibility.

Why do you specialize in Serbian or Ex-Yugoslavian music?

It comes from our motivation which we have already explained. We would like to clarify that we are interested in Yugoslavian music as historical, geographical and cultural, not a political phenomenon, although Yugoslavia as a term has a political context.

On the Yugoslavian Space Program compilation, there was also some fairly recent material to be found. Have you ever planned to release contemporary music as well?

Yes, we would like to release contemporary music if it would come from the people who made their names in the past and have that “old -school” approach to music. For instance, in Yugoslavian Space Program, we released two tracks from group Beograd which are contemporary produced but in the old way. The legends like people from group Beograd have strong artistic signature and specific approach to music and the new technology could not overwhelm their expression

What is important to you, musically speaking? There’s a certain Disco influence to be heard in most of your releases. Is that very typical for the music from that period or does it reflect your personal tastes?
How do those reissue projects work and/or how do you get to release previously unreleased music like Max Vincent’s or 37°C’s?

That Disco-Funk influence you mentioned is to some extent typical to synth-pop bands from former Yugoslavia. In fact, that influence is so characteristic that it differs Yugoslavian synth-pop from other synthpop scenes in the world. Unlike the most of their colleagues in the world, Yugo synthesists didn’t despise disco, funk, and soul and they like to incorporate these styles into their songs. You may check out Bastion’s self-titled album from 1984 as a typical example.

We don’t have some strictly defined preferences when we select music. It cannot be too cheesy or too uncommunicative. It has to fulfill a certain musical criteria. A strong artistic expression must be evident as well as expected technological and social influence. Such a “time capsule” makes release recognizable no matter whether it had been already released or not.

When we do reissue projects, the advantage is the fact that music is already known and highly wanted. However, by rule, there are plenty of obstacles which make reissue harder to release. Most frequently these barriers are legal by nature. You know, in old Yugoslavia the most labels were state-owned labels. In that kind of companies, it was very hard to sign a contract. Artists had been forced to sign unfair contracts where all the property upon recorded material belonged to labels no matter the fact whether the label invests money to record material or not. When you wish to license an old material from these state-owned labels, you find out that their approach and conditions are pretty the same as they were for artists once. Luckily, the releases we reissued hadn’t had these problems, but that situation, set by unfair conditions of former state-owned labels, limit the number of possible good reissues.

When it comes to the unreleased material as Max Vincent’s lifework compilation or lost album of 37° C, we didn’t have these problems, but we have to work very hard in the promotion since all material is unknown and it takes more time to be recognized. Nevertheless, we find work on unreleased music to be very exciting since we are in a position to be the first who recognize the value of particular music. Off course, we don’t have to mention how much it is challenging since right after that recognition comes decision of releasing and investing a significant sum of money in record production of music that only a few people had ever heard before!. No matter, that’s why we love this work and all its beauty is in that challenge. In fact, we think that issuing previously unreleased music should be the main reason why one label exists.

Some of the people whose music you’ve released have passed away and most bands have broken up. What are the obstacles you have to face when trying to release their music?

Beside obstacles we have already mentioned, there were problems with collecting recordings since in some cases even the artists couldn’t find their own recordings. In these cases, recordings were at someone else’s place, at some friend or collaborator. There were problems with the condition of most recordings as well. Many of them were not preserved well and we had to put immense efforts to restore them. In the beginning, some of the artists were not very interested to have a record. They couldn’t understand why we would we like to release music they made more than 30 years ago, which they don’t play anymore or which they had a problem even to remember. Some of the artists are dead, and of course, their families were going through emotional pain which must be respected. All these problems are quite reasonable and they are actually caused by our initiative and enthusiasm to release that lost music.  We know that, and we have endless patience and understanding for the most problems we come across.

What is important to you in regards to design and packaging of your records – and why? You seem to try to keep your releases limited – why’s that?

First of all, a design must correlate with music. The record is a psychical artifact-the materialized form which also communicates with a listener. Although that communication is not essential and it cannot be compared with communication between music itself and a listener, its role is to open some new aspects of listener’s experience. That spatial aspect is able to improve overall listener’s impression as well as to diminish it. However, besides its spatial aspect, the design may also have a temporal dimension. For instance, when we made the artwork for Max Vincent- The Future Has Design Us LP, we didn’t emphasize certain parts of the cover and made it explicit.  These non-explicit parts can be only visible to the listener who plays the record so often and knows the record very well. You can imagine how that listener becomes happy when suddenly, for the very first time he sees the outline of artists figure in the clouds featured on the cover, although he already saw that cover for hundreds of times. That’s the reason we prefer to add that temporal aspect in our design.

Second, we think design should correlate with the label. That connection may help certain music to be easily recognized since striking consistency in the most artworks in one label’s catalog is actually a promotional tool. We think that everyone who follows our work could easily recognize futuristic monuments from communist era in the covers of our releases. We use them as a communication tool to emphasize artistic as well as geographical and historical aspects of our releases. Such monuments existed only in Yugoslavia and it cannot be found anywhere else in the world. When someone gets in touch with any of our releases for the very first time, it is likely that one may conclude that music comes from the past, from some communist country.

We do the series of 500 records. Considering the fact that we release music that didn’t get the proper recognition or any recognition at all in a time when it was recorded, we think that quantity is quite ok. With our hard work, we hope we will manage to reach a wider audience one day. 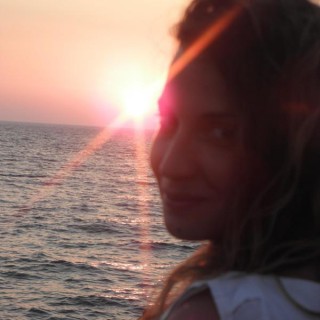 You are here, we are everywhere